Healthy Drinking? Yes, and here are the healthiest drinks

When listing healthy drinks, first let’s exclude the liquefied salad slurry, where you toss in peanut butter, berries, whatever’s going bad in the veg drawer, and a sprinkle of flax seeds or whatever. Yes, that sludge is actually healthy for you, but peanut butter, flax, and kale are not drinks, they’re foods.

Now that we’re on firm footing, what are the healthiest drinks available. Water is good for hydration, but doesn’t carry nutrition and isn’t even the most hydrating of drinks!

Basically, the healthiest drinks are the ones that you make a tea out of. For example, to make tea you take specific leaves, pour in hot water, which extracts the healthy aspects of the leaves into the water. Then, you drink that.

In other words, you make a tea of the leaves.

The same thing happens with coffee and cocoa. Pour in hot water, allow it to steep and think about itself for a while,  and the healthy parts of each release into the water, and you drink that on chilly days with fuzzy socks on.

It turns out that cocoa and tea (especially green/black teas) have more antioxidants than any other drink, and are crazy healthy for you for that reason. In fact, short-term intake of cocoa and green tea flavanols … affect selected markers of one or more measures of oxidative stress, inflammation or hemostasis in obese adults at risk for insulin resistance. (reference)

A 2007 review of studies showed a positive effect of coffee consumption on reducing the risk for AD by ~30% compared to non-coffee drinkers [reference].

A 2010 review of epidemiological studies involving middle aged adults, associated a daily intake of 3–5 cups of coffee with a risk reduction of 64% [reference].

As reported here, coffee drinkers were at a 30% lower risk of PD as compared to non-drinkers [reference], which is consistent with the latest meta-analysis from 2014 and the conclusion that the strongest positive effect (28% lower risk) was observed for the daily intake of 3 cups of coffee [reference].

Just keep in mind that many of these studies are correlational only — meaning that people who drink these drinks also have a reduced risk of getting those diseases. But something else may also be going on, so maybe it’s not the coffee, the tea, or the cocoa?

All that said, even persnickety researchers agree that these drinks are probably great for you, and certainly not harmful. So, while we’re waiting on them to make up their minds, we might as well wrap our hands around a steaming cup of yumminess and enjoy! 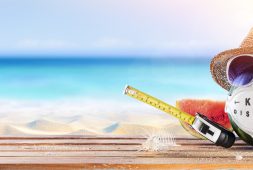 CDC Recommendations for the Beach and Pools 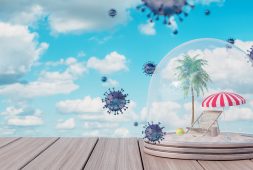 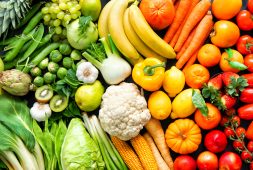 Add Color To Your Diet 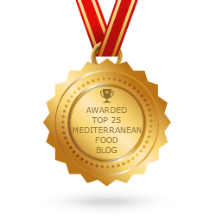